Toviaz extended-release tablets were evaluated in two, Phase 3, randomized, double-blind, placebo-controlled, 12-week studies for the treatment of overactive bladder with symptoms of urge urinary incontinence, urgency, and urinary frequency. Entry criteria required that patients have symptoms of overactive bladder for ≥6-months duration, at least 8 micturitions per day, and at least 6 urinary urgency episodes or 3 urge incontinence episodes per 3-day diary period. Patients were randomized to a fixed dose of Toviaz 4 or 8 mg/day or placebo. In one of these studies, 290 patients were randomized to an active control arm (an oral antimuscarinic agent). For the combined studies, a total of 554 patients received placebo, 554 patients received Toviaz 4 mg/day, and 566 patients received Toviaz 8 mg/day. The majority of patients were Caucasian (91%) and female (79%) with a mean age of 58 years (range 19–91 years).

Results for the primary endpoints and for mean change in voided volume per micturition from the two 12-week clinical studies of Toviaz are reported in Table 3.

Figures 1–4: The following figures show change from baseline over time in number of micturitions and urge urinary incontinence episodes per 24 h in the two studies. 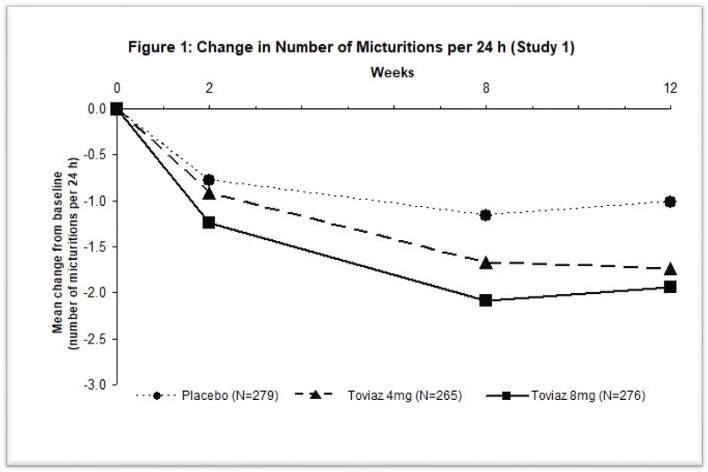 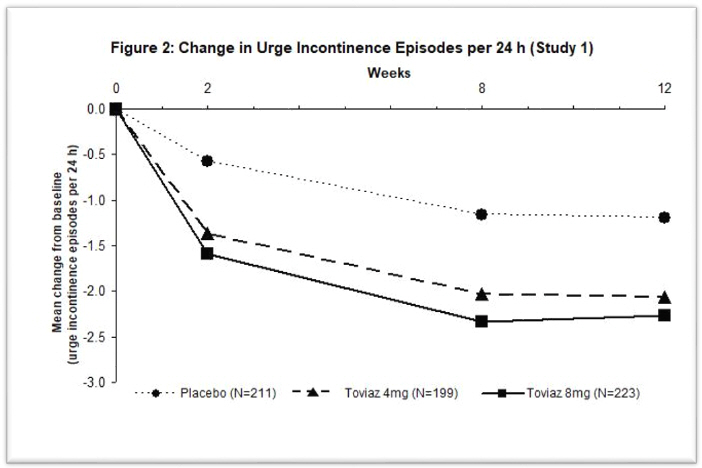 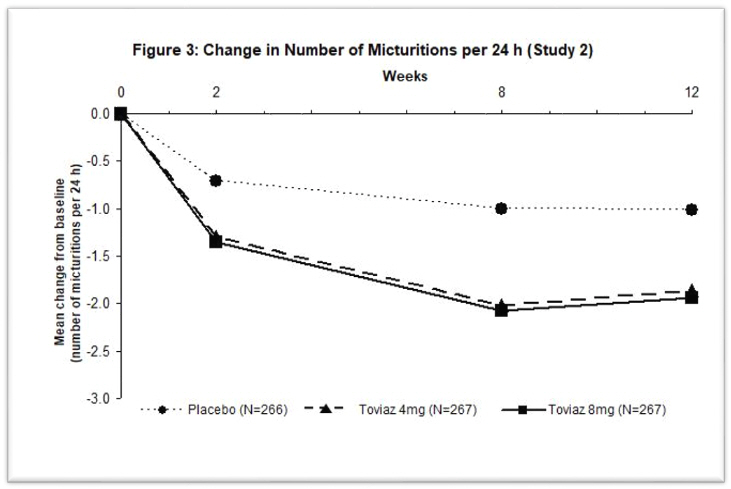 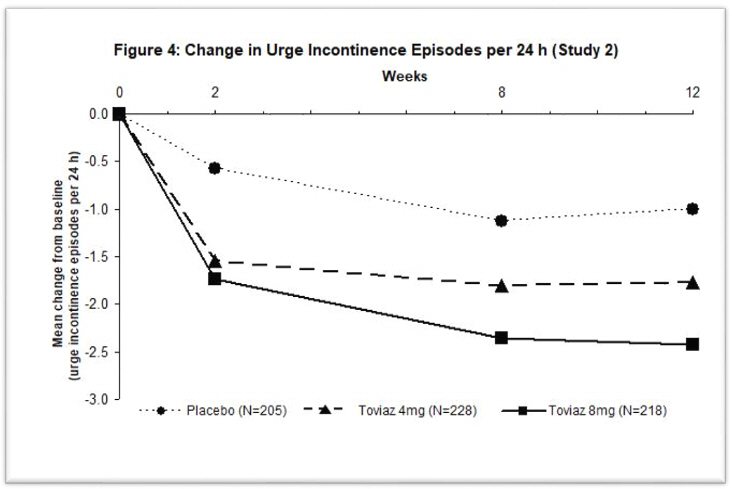 A reduction in number of urge urinary incontinence episodes per 24 hours was observed for both doses as compared to placebo as early as two weeks after starting Toviaz therapy.